Online Scams The New Top Cybercrime With 73% Of All Attacks

Move over former top cybercrimes, there’s a new winner according to Group-IB experts who specialize in high-tech cybercrimes. Group-IB recently announced that online scams are now the number one type of cybercrime in the world today, with some referring to this as a “scamdemic.” Researchers found that in total, fraud now makes up 73% of all online attacks. There’s a definite need for users to be aware of these scams, how they can work and how prevalent they are.

Of the 73% majority of scam attacks, 56% stole sensitive data from unwitting but cooperative victims. The remaining 17% were phishing attacks that hijacked bank card details. According to Group-IB’s report, almost three-quarters of all online attacks today are scams, making them the most prolific online crime in the world today.

Group-IB used their Scam Intelligence technology to track online fraudulent scams. In one year’s time, the technology helped save companies in the Asia-Pacific region, Europe, and the Middle East as much as $443 million in scam attacks. Two scams in particular illustrate the extent of these attacks.

The most widely used scam worldwide during the pandemic, with over 70 scam groups involved in their fraudulent schemes. In less than one year, Classiscam threat actors stole $9,140,000 worldwide. The scams targeted people using online services from property rentals and hotel bookings to retail, bank transfers, deliveries, and ride-sharing services. All looked to extort payments for goods and services that never came to fruition.

Over 44 countries were targeted and 93 brands were used as scam lures. Early this year, over 12,500 threat actors used fake deliveries alone for their scams. The number of faked websites used reached 10,000, and Group-IB has every reason to believe this highly successful scam will continue to grow. 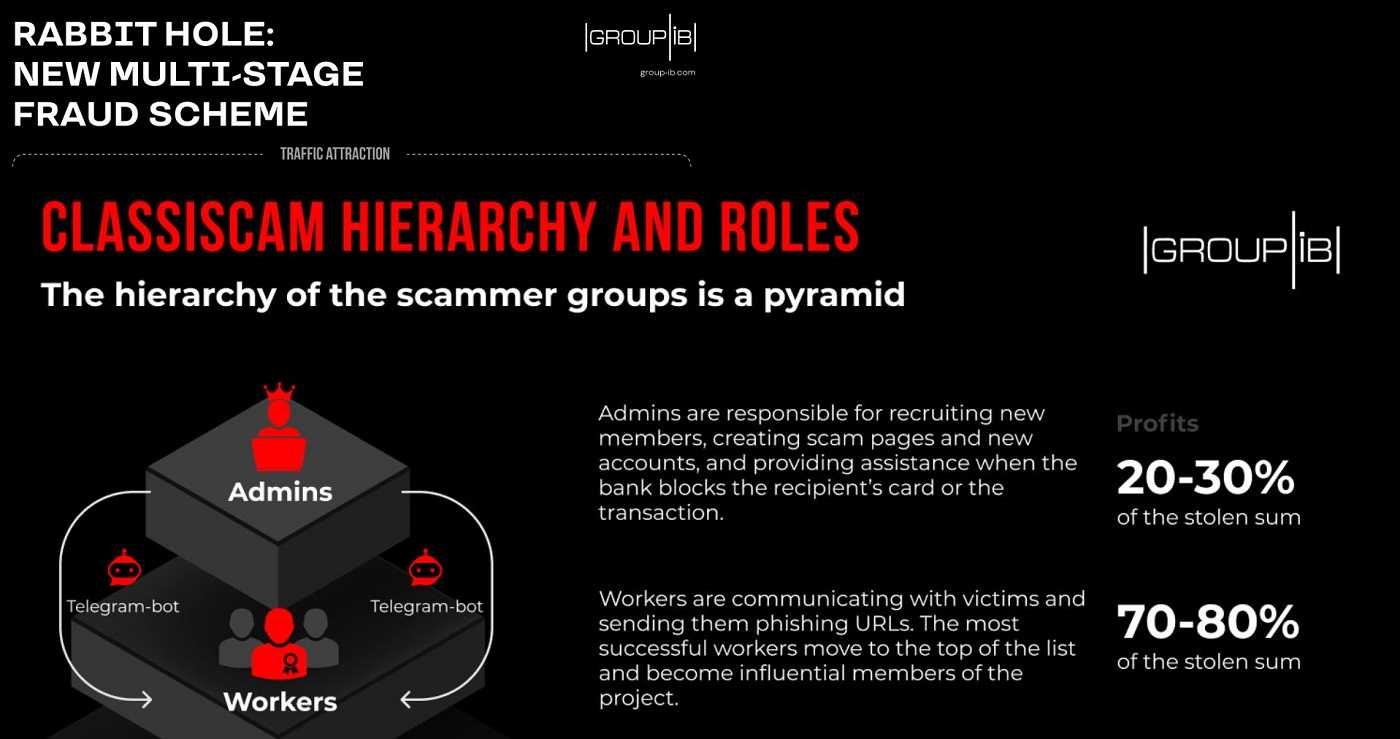 Last year alone, this aptly named scam used company brands for their multi-staged fraudulent attacks targeting the retail business and online services. Rabbit Hole messaged victims with a malicious link to lure them into prize drawings, surveys, and promotional offers. There was an average of 40,000 visits a day to the fraudulent websites directed by the link. Over 100 brands globally were used to steal personal details and bank card data. 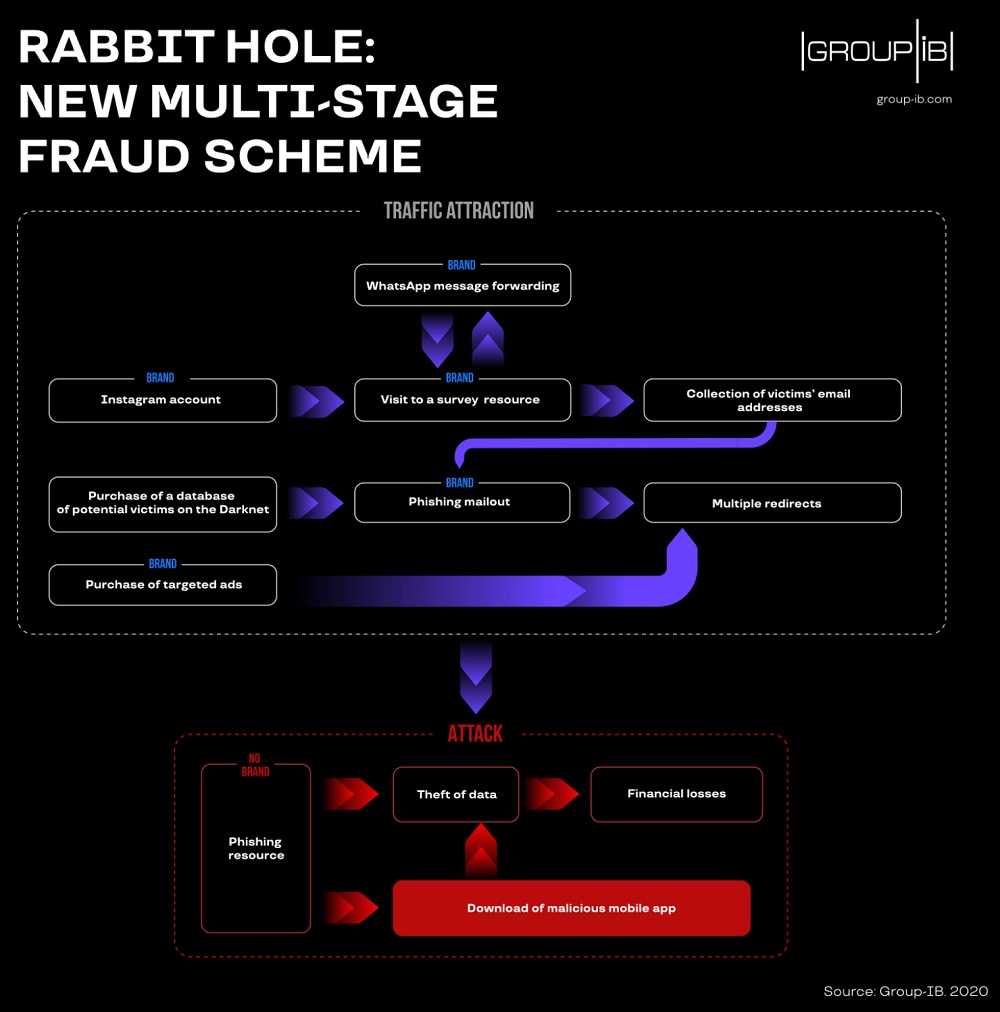 Remember to always continually perform cybersecurity awareness training to employees and anyone logging into the organization's network. A one and done approach just isn't sufficient, as these threats are always evolving.

At home users should look for phishing lures, such as poor use of the language any message is written in, deals that seem too good to be true (they are), and for links and attachments, especially that are not expected.

A statement by the head of Group-IB points to the strength of these continuing scam attacks, saying “Today, scam is more than just solitary fraudulent web pages — it's an entire industry with advanced technologies under the hood and motivated cybercriminal groups with great financial resources…They choose their targets from various industries — brand recognition is what matters to them.”

Data recently released by the Federal Trade Commission (FTC) shows that the number of complaints about social media shopping scams more than tripled over the last year. Consumers reported losing more than $117 million to this type of scam in just the first six months of 2020 compared to $134 million for all of 2019, according to the FTC’s latest Consumer Protection Data Spotlight. The social media sites overwhelmingly involved in these scams are Facebook and Instagram, with consumer scam reports totaling 94% of all rip-offs involving a specific platform. READ FULL STORY

Yet another data security incident involving an ElasticSearch database happened earlier this year. More than 13 million records were made public without any encryption or password protection from a database used for fake reviews of products sold on Amazon. The data from over 200,000 Amazon users was compromised, including that of the vendors and reviewers involved in the scam. Seven gigabytes of personal data were made public in the data breach, including PayPal user email accounts and other email addresses. READ FULL STORY